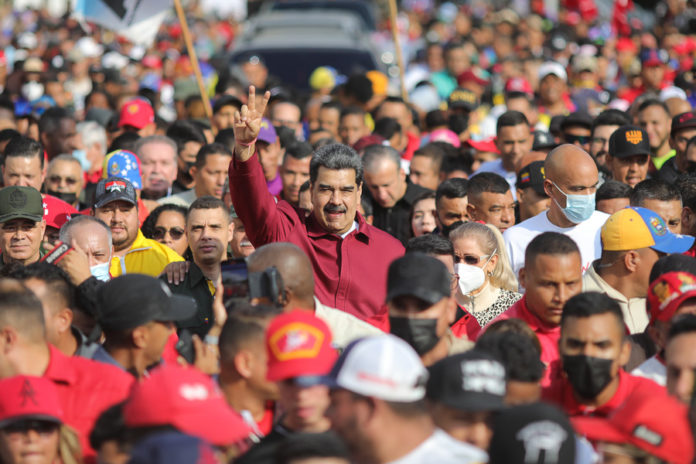 Caracas, Dec 8 (Prensa Latina) The people of Venezuela paid tribute today to Hugo Chávez on the Day of Loyalty and Love to the revolutionary leader, on the 10th anniversary of his last address to the country.

A sea of people paraded through the streets of Caracas from Plaza Venezuela to the Cuartel de la Montaña, where the remains of the Bolivarian commander rest and on whose tomb red roses were placed by the main political, government and military authorities of the nation.

President Nicolás Maduro pointed out that a decade has passed since that unprecedented, shocking and impressive event of the proclamation, as has been the great march today in which the people of Venezuela told the commander to always be loyal. 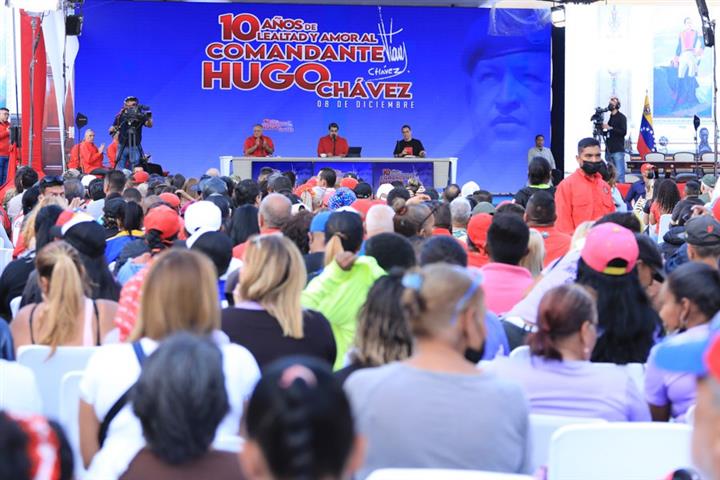 He expressed that this speech was full of guidelines, truths and strategic lines for the time to come.

Chávez knew that he could trust us and the people because we were not going to fail him and we will never fail him, as a people and as a revolutionary force, he assured.

Maduro stated that the commander always told us that in the worst moments we had to trust and believe in the people, feed on their energy, their truths, and their historical strength.

He estimated that the greatest warrior is the people of Venezuela who have fought the battles against the sanctions, the blockades and gave thanks because without them there is no revolution, “it must be cultivated at all times and in each space,” he said.

The head of state stressed that Commander Chávez did not plow in the sea, but in fertile land and hearts, and formed a people with a superior conscience and in deep values of Homeland and Revolution.

He meant that in this past decade “we have kept the legacy of the commander alive” and pointed out that he is not simply a man, but a method of work, a concept of life, a way of making the revolution, of being a revolutionary and of doing politics. Tall.

There has been unity, struggle, battle and victory, long live the eternal legacy of our beloved Chávez, remarked Maduro.

The first vice president of the United Socialist Party of Venezuela, Diosdado Cabello, recalled those difficult days of December 2012 and praised the serenity and tremendous spiritual peace with which the revolutionary leader acted.

He remembered his words of union, fight, battle and victory as an order for the unity of all the revolutionary forces, of the patriots, of the Great Patriotic Pole, of the Bolivarian National Armed Forces, because he knew that all the forces opposed to the revolutionary project.

Seeing the people who continue to fight, resist and rise up is the best tribute we can pay to Chávez in these 10 years of Loyalty and Love Day, Cabello stressed.