Caravan against US blockade to Cuba reflected in Panama 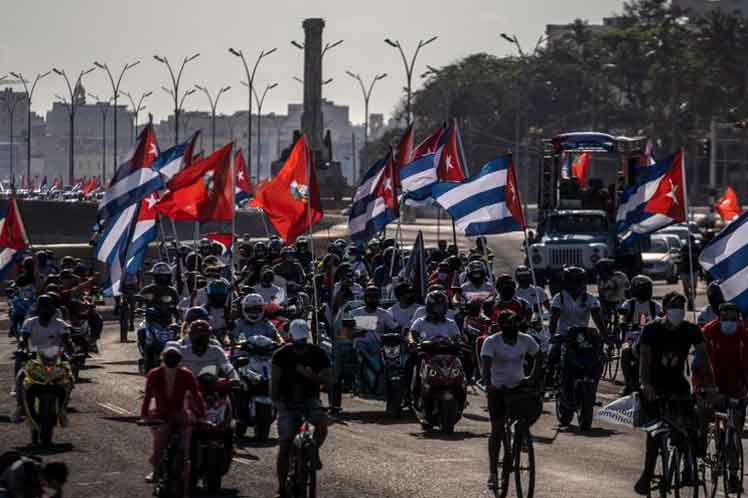 Caravan against US blockade to Cuba reflected in Panama

According to Telemetro channel website, hundreds of cars, bicycles and motorcycles toured the Havana coast on Sunday, as part of similar actions called over the weekend by emigrants and solidarity groups with Cuba in more than 50 countries.

The report highlights the statements by Foreign Minister Bruno Rodriguez, who assured that the blockade kills and during the Covid-19 pandemic, it is not ‘only an illegal, immoral, extraterritorial crime that violates international law, but also it reinforces its genocidal nature.’

For its part, La Estrella de Panama newspaper highlights the participation of renowned figures such as legendary former athlete Ana Fidelia Quirot, who raised her voice against this ‘unjust, inhuman and cruel’ siege imposed for more than 60 years ‘that wants to suffocate us.’

On Sunday, shouts of Down with the blockade to Cuba!, participants in the activity burst into the weekend tranquility in Panama, where a caravan of cars, inspired in the Bridges of Love global campaign, toured through important streets of Panama City.

During his four years in office, former US President Donald Trump (2017-2021) tightened sanctions against Cuba by suppressing the legal sending remittances, vetoing cruise ships, banning flights to all Cuban airports except Havana, and once again including Cuba in the illegal list of countries that sponsor terrorism, among other measures.

According to official figures, in the last two years, the annual losses caused by the blockade to Cuba are estimated at 5.5 billion dollars.