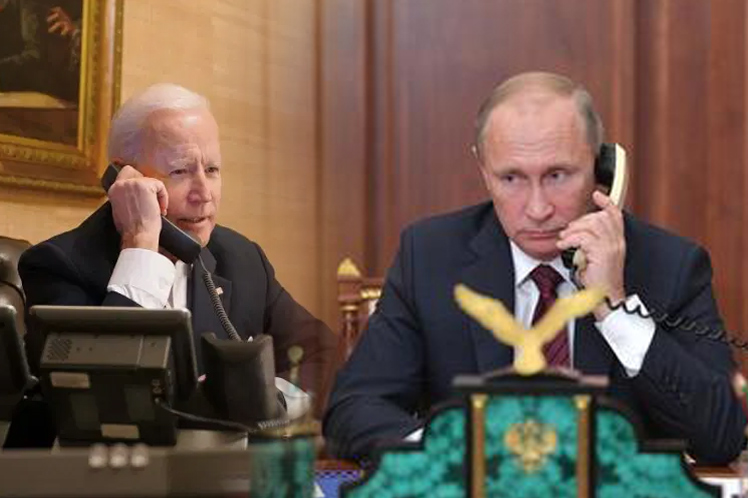 ‘When exchanging views on the internal crisis in Ukraine, Vladimir Putin outlined approaches to political settlement based on the package of measures for the Implementation of the Minsk Agreements,’ the text reads.

It was reported that both presidents debated in detail on bilateral relations, in addition to other key issues on their international agenda.

The Kremlin press service reported that Biden suggested considering holding a meeting with Putin in a foreseeable future.

Both Biden and Putin agreed to order the relevant departments of the two countries to solve the issues tackled down during the conversation.

On March 18, Putin invited Biden to an ‘online and open’ talk, but the US did not respond, so it was considered a refusal.

Putin then said that they could talk about two-way relations, strategic stability, the resolution of regional conflicts and other issues such as the fight against Covid-19.

A day earlier, in a televised interview, Biden gave an affirmative answer to the journalist’s question about whether he considered Putin a murderer. He also said that Russia would have to ‘pay the price’ for interfering in the 2020 elections in the United States.

On this subject, the Russian president made it clear that in relations with Washington, Moscow will depend on honest and decent US people, TASS news agency reported.

He warned that Russia will cooperate with the United States only on favorable terms.