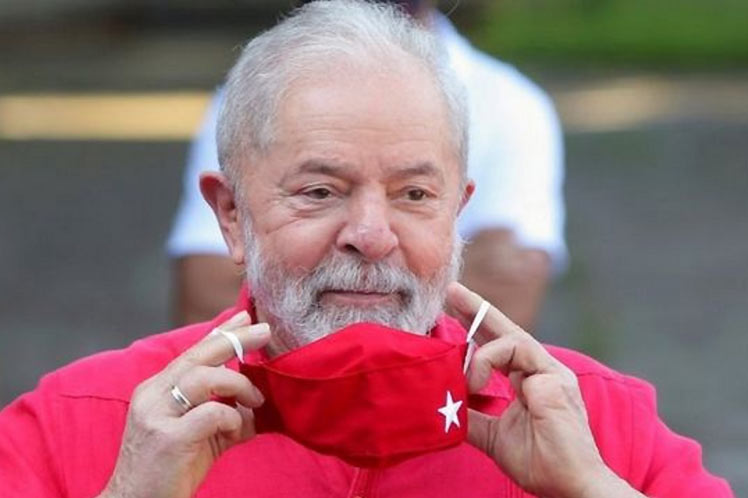 The trip was the first of the founder of the Workers’ Party (PT) after the Federal Supreme Court confirmed in full the annulment of all his convictions, a decision that gave the former labor leader back his political rights, allowing him to participate in the race for president.

‘It was very important for me personally. I think it is very significant for the PT to reestablish conversations with political forces. It has been a long time since I have met with the parties,’ said Lula in a video after concluding his visit to the nation’s capital.

In the video, together with PT president Gleisi Hoffmann, the former leader, who also exchanged views with ambassadors, described his trip as successful.

During the meetings, he spoke of the need for an urgent vaccine for all, the aid of 600 reais per month (108 dollars), the emergency credit to save small and medium-sized companies and an investment policy to generate jobs.

In addition, he emphasized a broad front of the left as a strategy to defeat President Jair Bolsonaro at the polls next year and denounced the disastrous international policy of the current government.

‘Nobody calls Brazil for a meeting. Everyone is worried about ungovernability, deforestation, disregard for Covid-19, vaccines and care for the people,’ he said.

For the former union leader, talks with the diplomats were substantial: ‘They know that Brazil became an international leader and was taken very seriously. Above all, when discussing the fight against poverty, misery and hunger, but also in the environmental issue, because the country gained a lot of respect with the policy we made to reduce deforestation by 80 percent’.

According to the renowned sociologist and analyst Emir Sader, Lula’s trip to Brasilia was the reunion of the greatest Brazilian political leader with the city where he led the best government this country has ever had. But also, he pointed out, it was a reunion with forces orphaned of political leadership due to the failure and abandonment of any perspective of direction by the current administration.