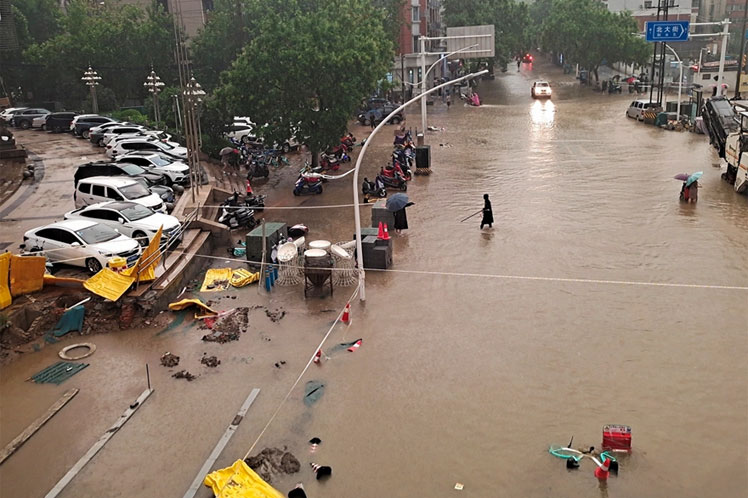 This could further strain situation in the province, which has been in an emergency situation since July 16, due to an unprecedented storm that killed at least 69 people, has affected more than 11 million people and has caused high economic losses.

On Monday, military commandos managed, after an 80-hour work, to seal the breach of a dam around the Gongqu canal that flooded the city of Xinxiang with the rise of waters up to three meters.

In the provincial capital, Zhengzhou, the drainage of an almost completely submerged tunnel, from which six bodies were extracted and where 247 vehicles were trapped inside, continues.

On the other hand, Typhoon In-Fa hits parts of eastern China with torrential downpours, gales and thunderstorms after touching land for the second time in Zhejiang province.

Authorities of that and other districts such as Shanghai, Jiangsu and Anhui have evacuated millions of people to safe places, suspended production, shops, outdoor activities and maritime, air and rail transportation, including subway services.

Focus will be on coastal areas since waves of up to 10 meters are expected, apart from some 350 millimeters of rainfall in a short time and massive water rundowns from the mountains of Zhejiang and Anhui.

Cities like Ningbo and Zhoushan built sandbag levees to contain the floods.

According to experts, In-Fa moves slowly, its cloud bands are wide and there is enough water vapor to discharge abundant rainfall.

China criticizes US for excluding countries from Summit

China criticizes US for excluding countries from Summit