Cuba did not dismiss Covax, it only prioritized its own vaccines 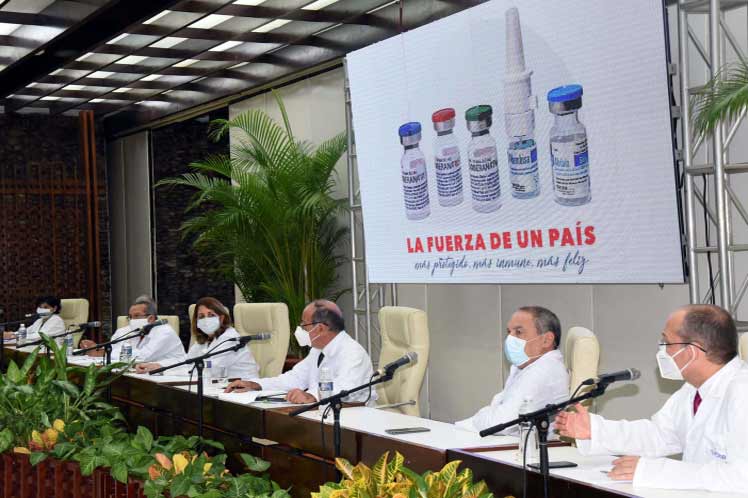 Cuba did not dismiss Covax, it only prioritized its own vaccines

This was confirmed at a press conference by the director of biomedical research at the Genetic Engineering and Biotechnology Center (CIGB), Dr. Gerardo Guillen, who explained the reasons why Cuba is not part of the initiative for equitable access to Covid-19 vaccines, promoted by the World Health Organization (WHO).

‘In addition to the fact that the decision was to design our own programs with the available economic resources and despite the intensification of United States blockade, Cuba does not belong to Covax either, since it is not among the 92 low and medium income economies that meet the requirements to receive support from the anticipated market commitment,’ he explained.

Covax, is co-led by the Coalition to Advance Innovations for Epidemic management, the Vaccine Alliance, Gavi and WHO, in collaboration with vaccine manufacturers from developing and more advanced countries.

However, Guillen pointed out, despite the efforts by this mechanism to reach the largest number of immunized people in the world, Cuba has already exceeded the vaccination levels proposed by that mechanism.

Covax had to guarantee equity and solidarity in vaccine distribution on the planet, but more than seven months after vaccination began, only 15.7 percent of the world population has a completed the immunization schemes, while Cuba reaches more than 25 percent (2,821,478) of its population (11.3 million approximately).

WHO’s own data refer that most of the production of Covid-19 vaccines, about 87 percent, has been concentrated in rich countries, while only 1.1 percent of underdeveloped nations have received a single dose.

WHO Director General Tedros Adhanom Ghebreyesus has repeatedly requested that all vaccine manufacturers fulfill their commitments to make 50 percent of their productions available to Covax.