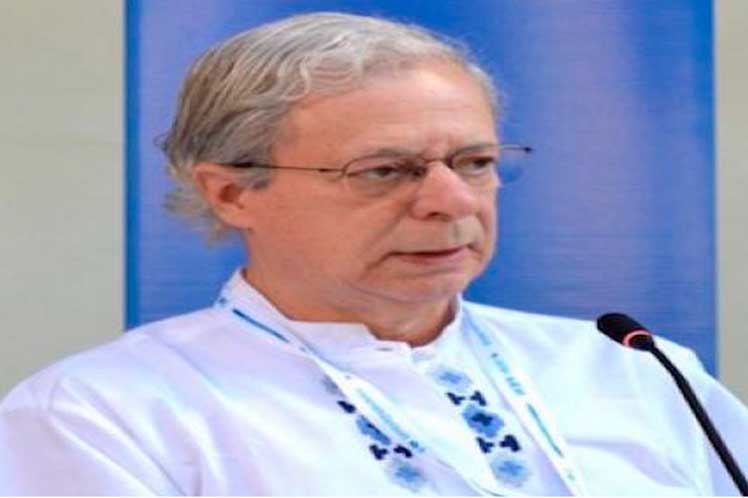 ‘Friend and Commander Fidel, in his 95 years I have in mind the quote of (José) Martí: all the glory of the world fits in a grain of corn,’ said Betto in a video broadcast on the International Virtual Forum Fidel, a man of science with vision of the future, convened by the Sao Paulo Forum and the Communist Party of Cuba.

The Dominican friar recalled this Martian phrase is in the tomb of Fidel Castro in Santiago de Cuba (east of the island) and ‘I always think that you were this grain of corn because in your humility you did not want your name on any monument, hospital, school, nowhere. ‘

Only you, says the intellectual in the audiovisual, ‘have been a sower and the seeds of your liberating hope have borne fruit in the Cuban people, in their resistance to the criminal blockade of the United States.’

Also in ‘its scientific work that has produced vaccines against Covid-19 as the only country in Latin America, in its heroic internationalist struggle to support many peoples of the world.’

‘And above all, Betto remarked, you conquered something that no country on our continent has achieved: sovereignty, independence from the United States empire. Thank you very much Commander,’ he said.

Also the Venezuelan President, Nicolás Maduro, who had a solid friendship with Fidel, pondered in the forum that the Cuban Commander continues to write history and set an example.

He called him a revolutionary leader, statesman, strength builder, victorious strategist and man of culture.

Fidel, Maduro affirmed, was the great builder of the Cuban educational and scientific systems, and the foundation of a free, quality public education for all in Cuba is his great work.

He mentioned that the Commander was the founder of the Cuban scientific system and research institutes with the highest level in Latin America and the Caribbean, capable of producing five vaccines during the current Covid-19 pandemic.

He remarked that Fidel also forged the Cuban public health system in which hundreds of doctors and professionals were trained who provide services to peoples of the world in Africa, Asia and Latin America and the Caribbean, including Venezuela.