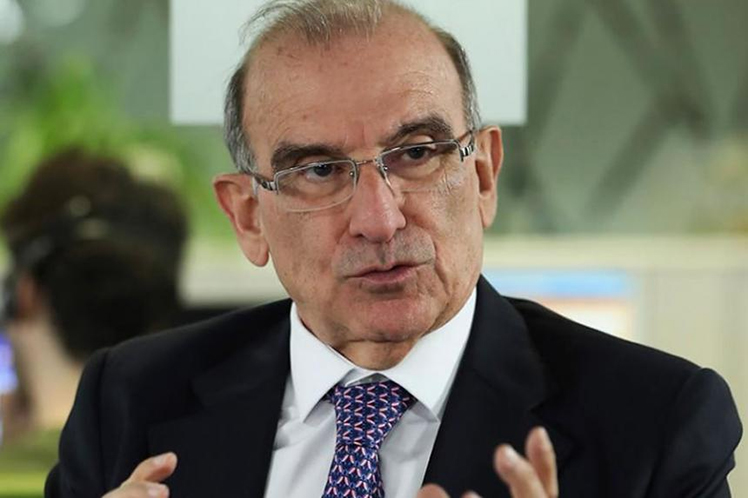 “I am sure this process is irreversible, it has setbacks and difficulties and will largely depend on what happens next year in electoral matters,” he told Prensa Latina.

In his opinion, after the 2022 presidential elections, there may be a government that pushes it further or tries to stop it. However, he explained, the dynamics of society aim to continue and strengthen the Peace Agreement signed in 2016 between the Revolutionary Armed Forces of Colombia-People’s Army (FARC-EP) and the Santos government, on behalf of the State.

“I am going to tell you this, if a plebiscite were held today, the Yes would win by far,” the politician emphasized, after attending the commemorative act of the fifth anniversary of the signing of the agreement held at the headquarters of the Special Jurisdiction for Peace.

The solemn ceremony was attended by the Secretary General of the United Nations, Antonio Guterres, the Head of State of Colombia, Iván Duque, the President of the Communes Party, Rodrigo Londoño, and the ex-president Juan Manuel Santos, as well as magistrates of Special Jurisdiction to Peace and victims of war.

Also participating, through recorded videos, were the President of Cuba, Miguel Díaz-Canel, the Prime Minister of Norway, Jonas Gahr Støre, and the former President of the Spanish Government Felipe González.

The peace negotiations and dialogues counted on Norway and Cuba as guarantor countries, and the talks took place in Havana.

After almost five years of talks, discussions and debates, the Peace Agreement signed in Cartagena on September 26, 2016 and endorsed in a plebiscite in which citizens had to vote Yes or No.

The No was imposed after a campaign by reactionary sectors, which forced the Government to renegotiate it and both parties agreed on a new text, which included the opinions of the citizens who voted for No. It was finally ratified by the Senate and the Chamber of Commerce. Representatives and signed on November 24.