Fears of concealment of the truth in Lebanon’s blast 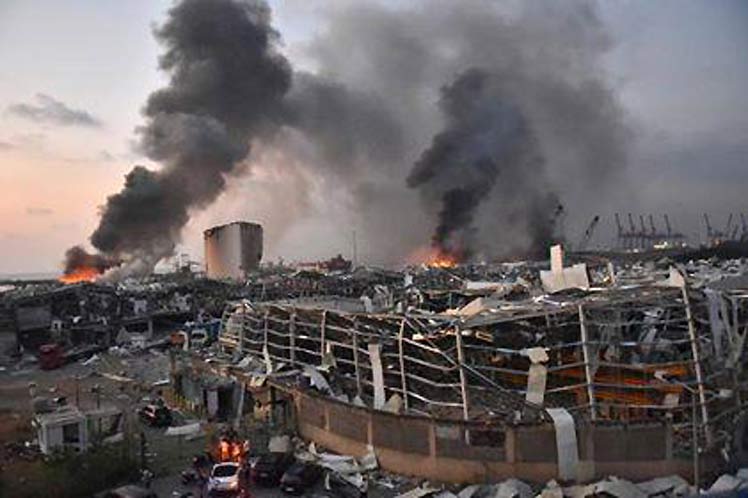 Fears of concealment of the truth in Lebanon’s blast

Judge Tarek Bitar, investigator of the case, is for the moment suspended pending a ruling by the General Commission of the Court of Cassation, the report said.

This last judicial instance is the only authority eligible to decide on complaints filed against Bitar by former ministers accused of negligence and summoned to testify by the head of the investigation.

“The head of the High Judicial Council, Suheil Abboud, will have to choose which jury will examine the claims of former Interior Nouhad Machnouk, Finance Ali Hassan Khalil and Public Works Ghazi Zoaiter.

The previous investigator, Fadi Sawwan, was forced to suspend the inquiries for the same reason and then removed from the case last February.

Meanwhile, there is a sense of abandonment among the survivors of the blast, according to statements by the UN special rapporteur on extreme poverty and human rights, Olivier De Schutter.

Residents of the Mar Mikhael and Geitaoui neighborhoods, among the most damaged by the August 4, 2020 explosive incident, updated De Schutter on the lack of social protection and the government’s mismanagement of the disaster.

The blast killed more than 200 people, injured 6,500 and partially or totally destroyed the homes of 300,000 persons.

The art of graffiti in favor of Palestinian cause

Lebanese public employees are on strike for third week

The art of graffiti in favor of Palestinian cause

Lebanese public employees are on strike for third week