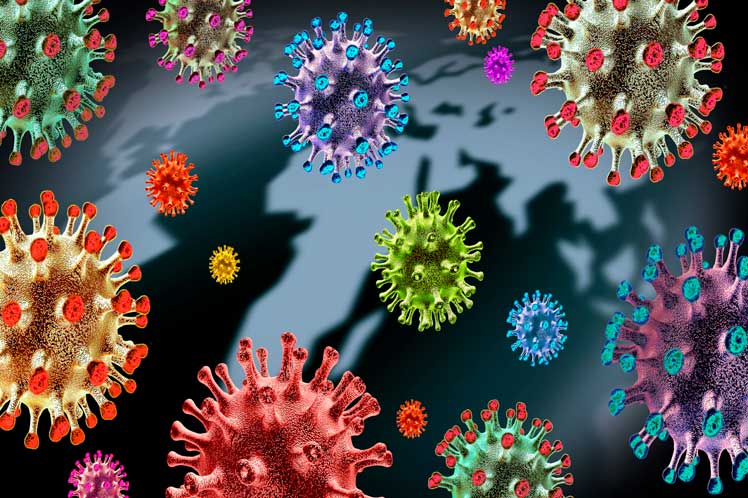 Washington, Dec 4 (Prensa Latina) The five variants of concern of the SARS-CoV-2 coronavirus, which causes Covid-19, are circulating in the American continent, including Omicron, which is present in three countries: the United States, Canada and Brazil, the Pan-American Health Organization (PAHO) confirmed on Saturday.
Share on facebook
Share on twitter
Share on whatsapp
Share on telegram
Share on email

‘Delta’ appears more frequently, and since it was reported for the first time in July 2020, 181 nations of the world, including 54 from this continent, have detected it, PAHO’s epidemiological update noted.

At least 25 states worldwide have reported the ‘Omicron’ variant, described last week as a strain of concern by the World Health Organization (WHO), but it is still not clear if its infection causes a more serious disease compared to other variants, the organization added.

“Understanding Omicron’s level of severity might take several weeks,” the epidemiological report from PAHO underlined, and explained that all of them, like the internationally predominant Delta, can cause serious illness or death.

The latter, in particular, to the most vulnerable people, so prevention is always the most important action, PAHO stressed.

Other registered strains are Alpha, Beta and Gamma, with a lower occurrence, associated with an increase in transmissibility “compared to ancestral variants,” the regional body said.

PAHO recommended that countries continue their efforts to increase vaccination coverage against Covid-19 and improve their adherence to public health measures that reduce the transmission of the pathogen.

It also called to continue the genomic sequencing of the SARS-CoV-2 samples and to monitor changes in the incidence of the disease.