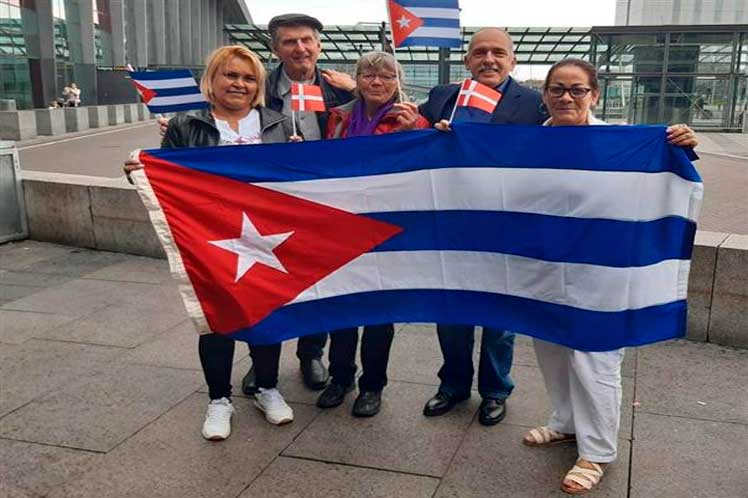 Both professionals participated in medical brigades of the Henry Reeve contingent, which went to dozens of countries in several continents to support the fight against the Covid-19 pandemic, for which they will present to authorities, parliamentarians, trade unionists, young people and social activists their experiences in that humanistic work.

In statements to Prensa Latina, the Cuban ambassador to Denmark, Roger López, highlighted the importance of the two-week visit, organized and promoted by the Danish-Cuban Friendship Association.

It is an initiative that will make it possible to publicize this feat of the island in Copenhagen and other cities, based on first-hand testimonies that will be presented in study centers, health facilities, town halls, union premises and other places, he specified.

According to López, for the first time the Danes will have the opportunity to welcome and exchange views with members of the Henry Reeve contingent, created in 2005 by historic leader of the Cuban Revolution, Fidel Castro.

Our country has offered its solidarity to the world and exhibits remarkable results in the health sphere, ratified in the context of Covid-19 with the production of its own vaccines and the immunization of 90 percent of the population, all this despite the cruel economic, commercial and financial blockade imposed on us by the United States, he stressed.

For Sven Erik, the president of the Friendship Association, the presence of Corria and Chacón will support efforts to spread the reality of the largest of the Antilles, so manipulated and distorted in the media.

Those of us who know Cuba well in Denmark love it for its humanist values ​​and ideas, while the press and in the political sphere they do not stop lying about it, hence the relevance of this visit, he told Prensa Latina.

According to Dr. Corria, who completed a mission in Saint Kitts and Nevis in the fight against the pandemic, the island has a lot to tell in the field of solidarity aid to other peoples, which she recalled that it comes from decades before the creation of the Henry Reeve contingent.

Over the years of voluntary and altruistic assistance, we have become an army of white coats ready to help wherever we are needed, she said.

The galena agreed on the importance of sharing with sectors of Danish society the truth of a country that is growing in the face of difficulties and the US blockade to save lives anywhere on the planet.

For her part, nurse Chacón, who was in Qatar, expressed her expectations of interacting with Danes about the solidarity of the island, recognized by authorities and inhabitants of dozens of nations, as well as by multilateral organizations.