Lavrov denounces US attempts to impose internal agenda on Russia 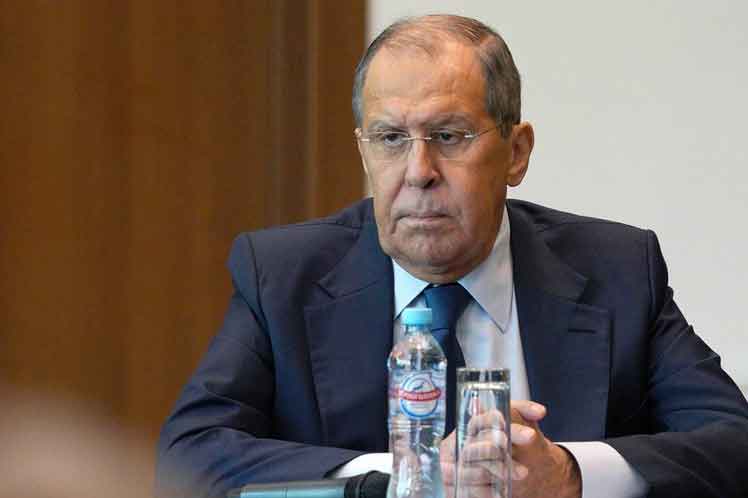 Lavrov denounces US attempts to impose internal agenda on Russia

For the FM, the summit between Russia’s President Vladimir Putin and his US counterpart Joe Biden on June 16 in Geneva did not bring about major changes in the ties between Moscow and Washington.

Lavrov acknowledged that meeting and talking is always better than not meeting and, in that sense, of course, the Geneva summit was positive; however, ‘it did not bring any progress, no radical changes in relations.’

The diplomat assured that the United States accuses Moscow of interfering in its internal affairs without presenting any specific pieces of evidence, when both sides should maintain a dialogue of mutual respect ‘with facts in hand,’ he stated, according to the TASS news agency.

As examples of unfounded accusations against Russia, he cited the situation with opposition blogger Alexei Navalny, the poisoning of Sergey and Yulia Skripal, or the crash of Malaysia Airlines Flight MH17 in the skies over Donbass.

‘For each of those accusations, sanctions were announced against our country,’ Lavrov denounced, which he considered as part of the West’s plans to contain Russia.

The minister pointed out the US has the same pattern of behavior regarding the Nord Stream 2 gas pipeline, against which the United States launched countless threats of sanctions against the companies involved in the project, although ‘they understand it is impossible to stop it.’

The head of Russia’s diplomacy warned that despite all measures and pressures the work will be completed in a few days and will start operating.