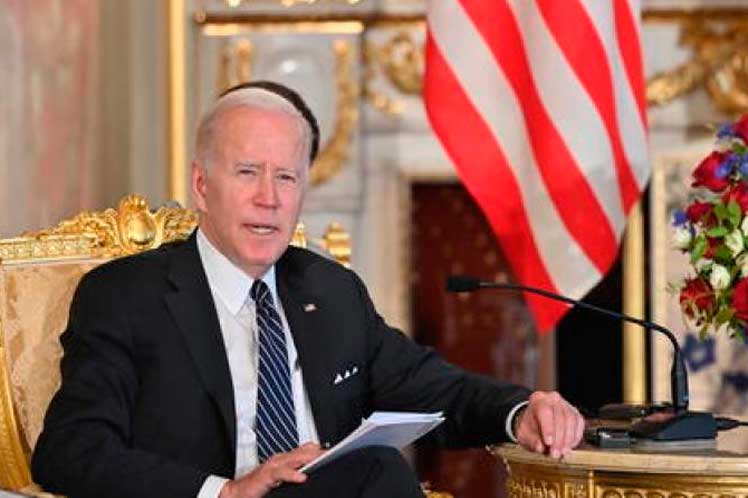 Sohrab Ahmari, founder and editor of Compact magazine, and contributing editor to The American Conservative, wrote an analysis addressing Biden’s “apparent abandonment of strategic ambiguity”, in which the author said that “this is just the latest indication our establishment can only overreach.”

“For the love of God, can America avoid opening up a direct confrontation with the nuclear-armed People’s Republic while we are already engaged in an openly acknowledged proxy war with Russia, another nuclear power?” Ahmari asked.

“If the Chinese know that an attack will be met by a U.S. military response, the only question from their point of view becomes when best to mount it, given the political climate and balance of forces”, the analyst wrote.

He stressed that “Biden’s “commitment,” moreover, would upend decades of American policy: Taiwan isn’t a treaty ally like, say, Japan or Poland, and hasn’t been seen as such by successive administrations. Under the Taiwan Relations Act, which has structured America’s ties to Taiwan since 1979, the U.S. government is obliged to help arm the Taiwanese, but not to directly defend the island.”

Faced with the president’s statements, “The White House quickly went into damage-control mode, with a spokesperson telling Fox News, implausibly, that “our policy has not changed.””

“This marks the second time in as many years that the Biden administration has had to clarify Biden’s remarks on Taiwan. (…) “Doddering old fool making gaffes” is the easiest way to account for these alarming statements.

“Biden’s words are also of a piece with a broader mood of general Western belligerence on both sides of the Atlantic. Read the major international editorial pages, and voices calling for even a modicum of restraint or prudent reserve are an extreme minority, if allowed to be heard at all.”

“The whole scene is perfectly surreal. America is struggling to deliver baby formula to its newborns. Inflation is skyrocketing. Gas costs $7 a gallon. Similar supply and energy crises grip Europe. And yet the trans-Atlantic political class is seriously comfortable with the prospect of a two-front war with Russia and China.”